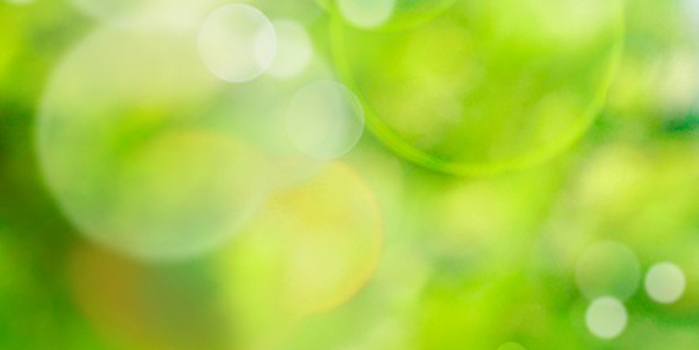 We are reckoned among the leading service providers, involved in providing Illumination Level Monitoring. The offered service is rendered under the guidance of our ingenious environmentalists, who possess immense expertise in the respective domain and are well versed with advanced techniques. We render this service for checking light related monitoring. Additionally, the provided LUX Level Monitoring can be availed from us at the most affordable rate.

To design for visual comfort, you need to know how to measure light. The measurement and perception of light can be an in-depth topic, and effectively analyzing daylight requires being precise with the terms and metrics used.

These quantities are different because the farther a surface is from a light source the less light that falls on the surface, and the darker a surface is, the less incident light it reflects. This is because light follows the inverse-square law. For example, a point source like a candle that causes an illuminance of 1 lux on an object one meter away would cause an illumination of 1/4 lux on the same object two meters away, or 1/9 lux on the object when it is 3 meters away.

Luminous Flux and Intensity = Light Coming from a Source

The amount of light being given off by a particular source, in all directions, is called luminous flux (or “luminous power”) and is a measure of the total perceived power of light. It is measured in lumens. Lumens are a useful metric for comparing how bright a light source is (i.e. a 60W incandescent bulb is about 850 lumens.

The human eye perceives light within the “visible spectrum” – between wavelengths of about 390 nm (violet) and 700 nm (red). Humans perceive some wavelengths of light more strongly, and luminous flux is scaled to reflect this (using the luminosity function). Radiant flux is a related measure that quantifies the total power of the electromagnetic radiation from a source (not just visible light – also infrared and ultraviolet), and is measured in watts.

The amount of light that travels in certain directions from the source is called the "luminous intensity" and is measured in candelas. A candle emits about one candela in all directions (this candle would emit a total of 12.6 lumens.

When modeling lighting and daylighting, these properties are coded into the light sources your model uses – whether it’s the sun (and the assumed sky conditions), or the light bulbs and fixtures used.

Illuminance = Light Falling on a Surface

The amount of light falling on a surface is "illuminance", and is measured in lux (metric unit = lumen/m2) or foot-candles (English unit = lumen/ft2). 1 foot-candle equals 10.8 lux. This is the measurement you’ll work with the most for optimizing visual comfort because building regulations and standards use illuminance to specify the minimum light levels for specific tasks and environments.

The brightness of the sky is often given using illuminance values measured on an unobstructed horizontal plane. Some common illumination levels are in the table below:

Illuminance = Light Falling on a Surface

The values above represent the total illumination available from the sky. As a designer, your job is to make sure that the occupants of your building have the right level of light for their activity, and try to get as much of that light as possible from natural light. These levels are usually measured on a working surface in the building.

Areas can be too dim or too bright, and these levels depend on the task. The brightness required to make jewelry or assemble electronic components is far greater than the brightness required to safely walk to a room's exit. The following is a table of commonly recommended light levels for different activities. To design for the activities in your program, see local codes or green building certification standards.

Luminance = Light Reflected by a Surface

Luminance is the light reflected off of surfaces and measured in candelas per square meter (cd/m2), or Nits (in imperial units).

Luminance is what we perceive when looking at a scene, or when using a camera. The quality and intensity of the light that reaches our eye does depend on the material properties of the surfaces (color, reflectance, texture).

Luminance values are often used to study the visual quality of a space. Visual software renderings (i.e. 3ds Max) are based on this and can give designers a very good idea of how the space will look based on their choices of light sources and materials.

While luminance is really useful for understanding qualitative measures of the success of a design, it is not a good measure of light quantity. Because the human eye can adjust for a huge range of illumination levels over 3-4 orders of magnitude, from bright daylight in the 10’s of thousands of lux (1000’s of fc), to mere 10’s of lux (single-digit fc), a visual rendering of a bright and a not-so-bright space are difficult to measure. Can you tell by looking at the visual renderings that there is over 100 times more light intensity on the wall in the day image than in the night image?

Luminance renderings are useful for understanding qualities like light distribution and glare, but not for understanding if the space has enough light for its intended use. Glare is determined by comparing the extremes of luminance values that an occupant’s eye will see from a given vantage point.

Based on these measures, lighting designers use some additional metrics like daylight factor and daylight autonomy to help them optimize and communicate the quantity and quality of daylight within a space. This is important because the availability of daylight can change a lot throughout the day based on sky conditions.

The actual illuminance levels in a space from daylighting can vary greatly a due to the cloud cover and position of the sun. To deal with these highly variable sky conditions, some building codes and design briefs use daylight factors as the design criteria instead of illuminance on the working plane.

Daylight factors are expressed as the percentage of natural light falling on a work surface compared to that which would have fallen on a completely unobstructed horizontal surface under same sky conditions. The daylight factor is analyzed at a point, but these values are often averaged across an entire room or visualized on a grid.

A daylight factor of 5% on an internal surface means that it received 1/20th of the maximum available natural light.

For reference, a room that has a DF of less than 2% is considered poorly lit. Rooms with DF between 2% and 5% are considered ideal for activities that commonly occur indoors. With daylight factors of more than 5%, it is important to take into account thermal requirements or human thermal comfort because large areas of glazing can result in heat loss during the winter and overheating in the summer.

Daylight factors are generally calculated using a standard overcast sky in order to represent a worst-case scenario to be designed for Sky Conditions. The distribution of light in an overcast sky dome is assumed to consist of uniform horizontal bands that get brighter at the top (or higher solar altitude). Due to this uniform sky, and the fact that the daylight factor is calculated as a percentage, the only parameters that affect daylight factors are the geometry of the room design and the materials it is made of. It won’t depend on building orientation or location.

Daylight Autonomy (DA) is the percentage of working hours when lighting needs are met by daylight alone. It is measured by comparing daylight illuminance on a work plane to the minimum requirement over time. This is a very popular metric and can tell you how often lights need to be on to meet specific illumination requirements.

Useful Daylight Illuminances (UDI) also measures a percentage of time that a space receives adequate daylight, but it also quantifies when the light levels are too high and too low. UDI is based on three standard bins (which broadly line-up with comfortable illumination levels cited above).